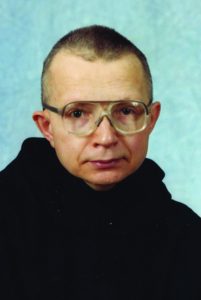 Rev. Donald Raila is a monk of Saint Vincent Archabbey. He has been director of Oblates since 1988. During that time he has written quarterly letters to the community of Oblates and Friends of Saint Vincent Archabbey. These letters formed the basis for the collection, Lessons from Saint Benedict, a series of 26 letters written by Father Donald. He is also editor of the book, The Rule in Bits and Pieces, a collection of over 140 reflections covering every chapter of the Holy Rule of Saint Benedict.

He also serves as the assistant director of monastery music (2003-present) and assistant organist (1991-present). He has played keyboard, the viola and violin in the Archabbey Baroque Ensemble since 2006.