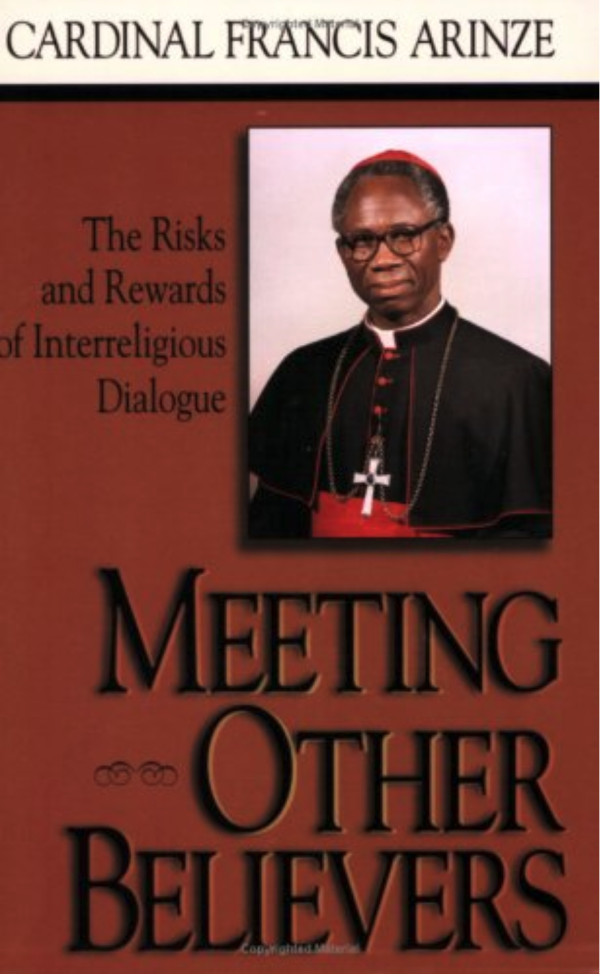 Meeting Other Believers: The Risks and Rewards of Interreligious Dialogue

Cardinal Arinze explains the real purpose of dialogue: “If believers who are charged with high voltages of spiritual energy continue to be active in interreligious contacts, they will grow further spiritually themselves.”

With religious plurality a fact of modern life, political, cultural, economic and spiritual tensions are on the rise. The need for frank and open interreligious dialogue has never been more compelling. Cardinal Francis Arinze is one of the foremost champions of this need for honest discussion between well-meaning members of different faiths.

With refreshing candor and clarity, Cardinal Arinze demonstrates how interreligious dialogue can promote better understanding of one’s own Faith as well as encouraging common work toward peace and justice and reducing tensions created by misinformation. However, he also honestly addresses the risk of watering down the Faith in pursuit of false universalism as well as creating an environment in which other faith expressions seem preferable to that of the Catholic Church.

By providing clear, practical guidelines that show how Catholics can participate in this dialogue without compromising their own Faith or attacking the faith of others, Cardinal Arinze shows how honest communication with leading Muslims, Hindu holy men, Buddhist monks, traditional religionists, Confucian scholars and others can help create an atmosphere in which the peace God calls us to live in can flourish. “Often hearts meet before heads,” he succinctly states.

A forceful, unforgettable presentation of one of the most complex and important topics facing the Church in the next decades.

Cardinal Francis Arinze was Archbishop of Onitsha from 1967 to 1985. Since 1985 he has been President of the Pontifical Council for Interreligious Dialogue in Rome.