Learn about Saint Vincent history with our latest book! 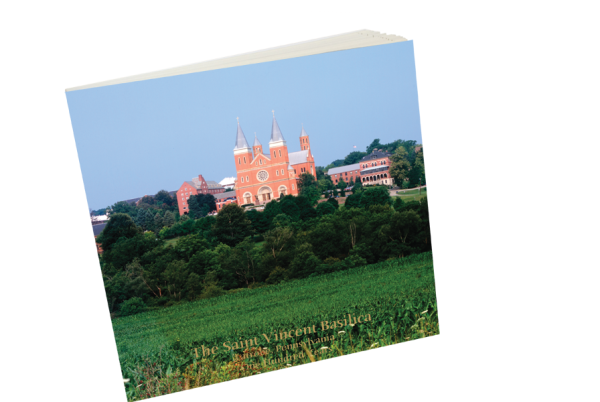 This book pulls together the history of the Basilica and Saint Vincent Parish, along with the words of those who witnessed many of the significant periods in the Basilica’s history, including its construction and consecration in 1905.

Completed in 1905, the Saint Vincent Basilica has served as a symbol of the evangelization efforts of Saint Vincent founder Archabbot Boniface Wimmer, O.S.B., for one hundred years. Archabbot Wimmer arrived in Latrobe, Pennsylvania in 1846. It had been his dream to someday build a magnificent church, but construction on the Basilica was not begun until 1891, four years after Wimmer’s death.

This special commemorative book is also a collector’s edition with pictures never-before published, as well as large format photography that captures the Basilica’s grandeur. This book pulls together the history of the Basilica and Saint Vincent Parish, along with the words of those who witnessed many of the significant periods in the Basilica’s history, including its construction and consecration in 1905.

There are hundreds of rich and detailed photographs, most in full color, reproduced on the coated stock. Older restored black and white images chronicle the early days of the Basilica. Text and white space work well with the photos. Border rules on each page help unify the layout. The gold embossed title on the jacket helps set the book apart.